Why Sara Ali Khan is An Actress to Watch Out For? 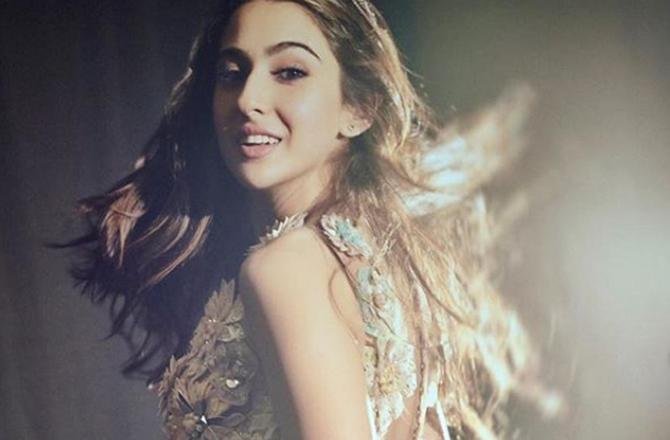 With two hits in her name, Sara Ali Khan is making Bollywood sit up and notice her arrival in the industry. This line from a Kedarnath review perfectly defines her impact, “She is so convincing and endearing on screen, that it is as if she was born to live before a camera.” However, what exactly makes Sara Ali Khan an actress to watch out for? The answers can differ from person to person and this is my perspective into the same.

Sara made a splash with two hits in her first year in Bollywood – Kedarnath, and Simmba. We saw her got to see various shades of her acting caliber in Kedarnath. Whereas, Rohit Shetty’s Simmba had her explore the bindass Bollywood style of entertainment, with her chirpy presence and killer dance moves.

With such diverse roles and box office success, Sara has got the first impression right in the minds of the audience.

Ever since Kedarnath released, audience and critics alike have been praising her performance. Kedarnath reviews were all praise about Sara’s powerful performance with expressions that left people in awe.

Now, this is a line mentioned in a review from DNA, “It is hard to believe that this is [Khan’s] the first film because she is so spectacular.” That says it all! Even with Simmba, her chirpy presence as Shagun lightened up the screen whenever she appeared.

While critics went gaga over her on-screen performances, people were all impressed with the grace she had off-screen. Throughout both movie’s promotions, Sara possesses a sweet charm that would touch people’s hearts.

The biggest example of this would be the Koffee with Karan episode where she addressed perceptions about her life and family with grace and honesty, winning the hearts of many.

While the debut year was a roaring start for her, the road ahead for Sara seems just as promising. Her presence in the media (also social media) is keeping the buzz high. Her Koffee with Karan episode went viral with a lot of social media attention, especially on the part where she expressed a wish to go on a date with Kartik Aaryan.

This kickstarted a lot of buzz which still continues as Kartik Aaryan’s Koffee with Karan episode aired recently. But the best part is how she is handling all this buzz (gossip, rumors included) and taking it in the right stride.

So those were my views on why I feel Sara Ali Khan is an actress to watch out in the future. While I am curious to know which films she picks next, I’ll pass the time with multiple binges of Kedarnath that is coming on ZEE5 on Valentine’s Day.

With Simmba’s digital release on the same platform also on the horizon, things look exciting for Sara Ali Khan fans. So what do you think about Sara Ali Khan? Let me know in the comments. So what do you think about Sara Ali Khan? Let me know in the comments.